I am able to install updates, but get this at the end
"failed to download repository information "

And your problem is, that you don’t see that nobody is going to help you if you are only providing a ridiculously small amount of information. Not even Jehovah is that all-seeing to know all the stuff you didn’t mention.

Welcome to our community. Before you post a question or request help, please read this FAQ in case your question is already answered. If it is not, use the template for opening a request for help, so you can be helped quicker and more efficiently, which is probably one of your primary goals when addressing your issue, as well.

In the terminal, use the following command:

The last few lines of the output should give you the correct error message. From there, you can refer to this article that discusses various common update errors in Ubuntu-based Linux distributions: Update errors are common and plenty in Ubuntu and other Linux distributions based on Ubuntu. Here are some common Ubuntu update errors and their fixes.

Thank you. I should have put I’m using Xubuntu. Said, check internet connection. I know it’s connected, because it gives me the download. My speed is only 1.3. and can’t get faster due to the wiring. In settings it gives me software & update box. Highlighted is update, all boxes are checked. Thanks

This what I get 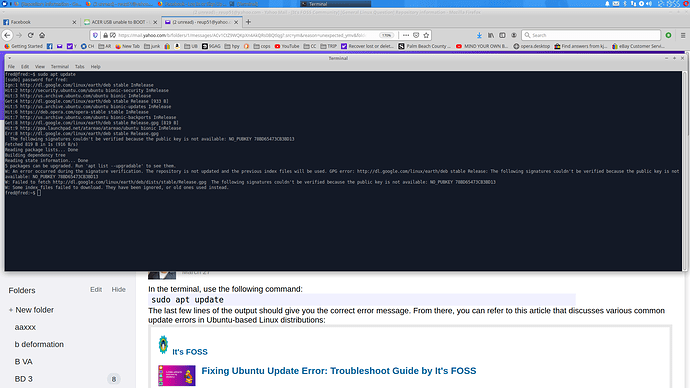 Hey.
Seems that the additional repo for Google Earth is the issue here.
Sometimes repos are down or not recognized anymore.
From my limited knowledge I would suggest you uncheck the Google repo in the sources (see screenshot) for the time being and try activating it again in some days. 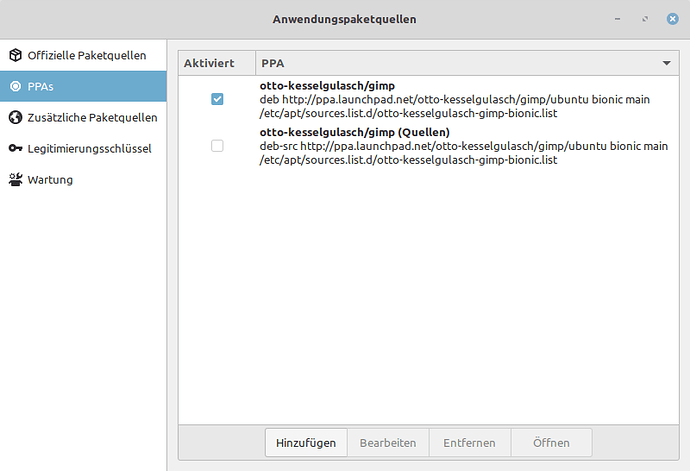 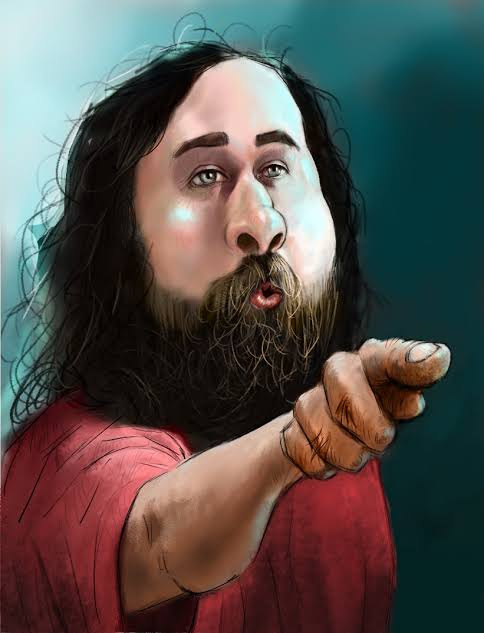 That’s better. Now you have some hints about the real error. The key for the repository has expired. What you need to do is to get the new key from that repository. Ubuntu and Debian has tools for that.

I have described the steps here. I still try and use ‘automatic update’ .I do get notifications of updates but use terminal as it seems to work better. Has anyone else had super slow internet the last few weeks? I’m down to single digit kB/s (7~12kB/s even though we pay for 100mB/s)
Just did a quick check, all the way to 328kB/s at present (8:03pm)

Yes. I am seeing slower downloads for Ubuntu these days. I presume it has something to do with Coronavirus lockdown as less resources are a work.

As @abhishek stated, it’s due to the massive amount of people that do now “home office”.
With a lot of video conferences and Teams-sessions.
That puts a lot of traffic to the providers…

Would this also apply to invalid keys?

There were a few other little things to fix but I got it fixed.
Never mind!

Sooo, I have been getting this same error for a while now, and it is always like this:

Now about that other Idea I had, I am beginning to think that this…“little problem” of mine might just be um, operator error (Linux-lingo for MY fault). I will leave it up to you. I am very nearly obsessed (or at least really fond of) with tweaking anything that can be tweaked on a PC. Except, I realized that I could not do as much tweaking on a Linux-run PC, at least until you know something about what you are doing and don’t just “see what happens” when you try rmdir -Nx --purge-all | --no-preserve */* = All -L --root-user Or, something like that, anyway. I am going way off-topic, for which I apologize. Mainly what I was trying to say was that I am wondering that in tweaking the repositories [I always found it easiest in Synaptic] where you can go in and change your access with little check marks (and password or two) like
[x] deb http://us.archive…/ubuntu/… /[Groovy/Impish,etc] … main
[ ] deb-src http://us.archive…/ubuntu/… /[Groovy/Impish,etc]… main
[x] deb … this that and the other, etc… main-restricted
[ ] deb … this that and the other, etc… main-restricted
then, it goes not just to other “restricted” ones, but not even main anymore!
Well, the main restricted had already gotten me curious enough! But I saw that I was already (before I’d made any adjustments) checked, or enabled, if you like, but un-checked on the next one that was, with the exception of 3 letters and a hyphen, I-dent-ical to the one above! I think I can discern whether something seems unsafe, but how unsafe could the source files of the deb-packages I had enabled above be? That was the only difference, basically. Well, you enable One check mark, you begin to reason with yourself, going from the description I gave above, to almost demanding that Canonical and whomever else is in charge of Kubuntu had some nerve withholding fully usable files, programs, other cool things not yet discovered!
Huh.
Well, the good news is we finally found out what that shiny, red button does! Seriously, I do not know if that is the reason behind the initramfs causing problems with updating the system via Konsole, but if anyone knows any… anything as far as that goes, I would really appreciate it. Thanks In Advance!