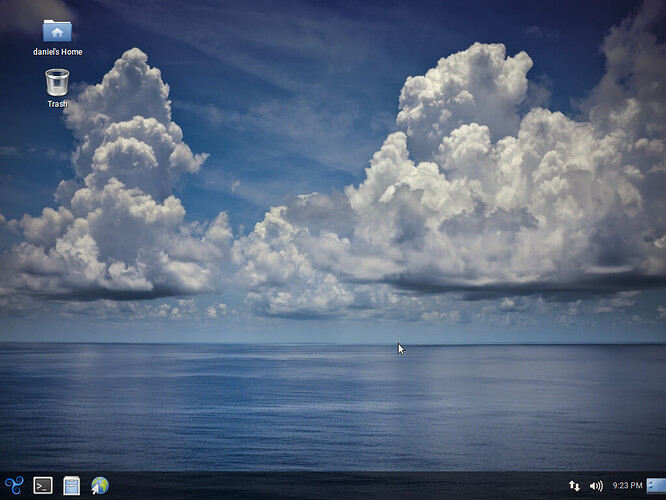 At first boot one might think, wow, what do I have. After using Trisquel, one can see it has
it’s faults, as other 32bit Linux distros have.
The biggest issue is the lack of a decent onboard
graphics driver for the older desktop PC’s. Without
a dedicated graphics card, the best I can get, with
a Dell 23 inch monitor is 1024x768, with VGA cable.
Windows Vista beats the heck out this, since I can
still install the correct driver fot the old Nvidia
GeForce 6100.
One other that had me going, was some kind of dialogue
goin on when I was playing music. Come to find out
the Orca screen reader had become enabled, a quick
uncheck fixed the problem.
For myself, I would never use Trisquel, for a everyday
driver, just not enough support for what I need. But
Trisquel and Q4OS makes perfect sense for a PC like
this old Acer desktop. Trisquel is light and nimble
and running quite well.
I will run Trisquel for awhile, until I have time to
try another 32bit distro. Any suggestions? 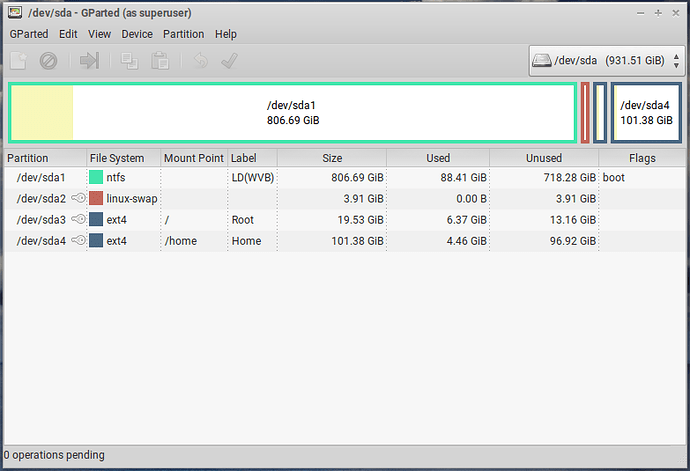 Trisquel is the Free Software Foundation recommended distribution. I am not surprised if it doesn’t properly support Nvidia proprietary drivers specially for 32-bit systems.

You don’t have a lot of option with 32-bit systems specially when you also want it to use Nvidia graphics. If you are not happy with Trisquel, try Debian maybe?

@abhishek…Thanks, but it is not only Trisquel. From what I read
Linux just does not have much support for the old onboard GPU’s.
One can install a dedicated graphics card and use DVI and get a
better display resolution. I wanted this review, using the hardware
the machine has, not what I can install. When is the how-to Gentoo
coming?

Ah! You guys are actually expecting the Gentoo tutorials. I was joking earlier but it’s time to seriously consider it, then.

The Gentoo series won’t happen before mid-Feb. I have a busy schedule ahead and after I finish the priority tasks, then only I can set upon exploring Gentoo.

@abhishek…I can make it to the Gentoo kernel compile and then I am lost!!!
Gentoo is about the only Linux I haven’t installed. Have fun!!!

@TrekJunky…I have already tried Zorin, really do not care for Gnome or XFCE.

Well @4dandl4 Daniel - How silly and petty can one get…? No attempt to be subtle at all or disguise your quest and sole purpose - of denigrating an OS without facts. My 14 year old HP G60-120EM Intel® slow T5800 Core™ Duo 2.00Ghz 3.00 GB RAM with Hitachi 2.5 inch SATA 250GiB HDD which has over 130 thousand bad sectors - has NVIDIA graphics. So this should surprise even @abhishek greatly and his knowledge base too… 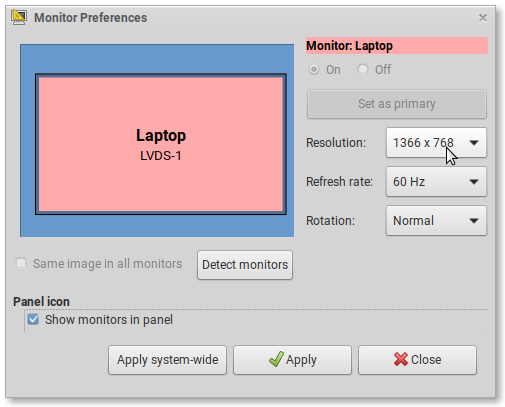 With my more modern 10 year old…? Dell E6420 refurbished laptop I get… 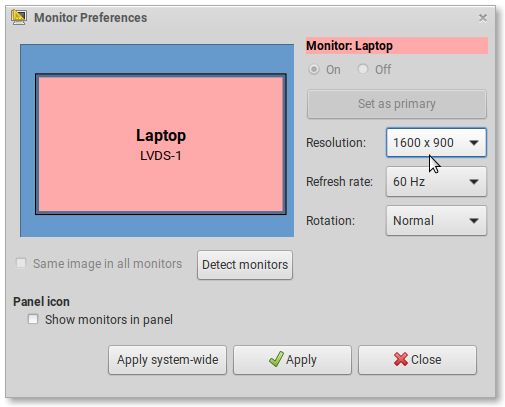 I would never use Trisquel, for a everyday
driver, just not enough support for what I need.

This really takes the biscuit… priceless Cr4p… without even saying what his needs are…!
Pathetic or what…?

So let us not waste any more time with the aforementioned

from Daniel and move onto an unbiased review by someone who knows their arse from their elbow - someone who has tested so many distros from major to minor, Arch and BSD too. 8.7 user rating…

Conclusion: “On the whole I found Trisquel to be pleasant to use, easy to set up, and pretty capable out of the box. I really like how fast it performed tasks and how uncluttered/unbusy the desktop felt…I would highly recommend giving Trisquel a try.”

Could I add that my wife at 75+ and is not computer savvy and has never owned a laptop; uses it for internet banking, emails, scanning and printing so it must be easy to use.

We should all know by now how fast and snappy it is being so light and efficient with resources. 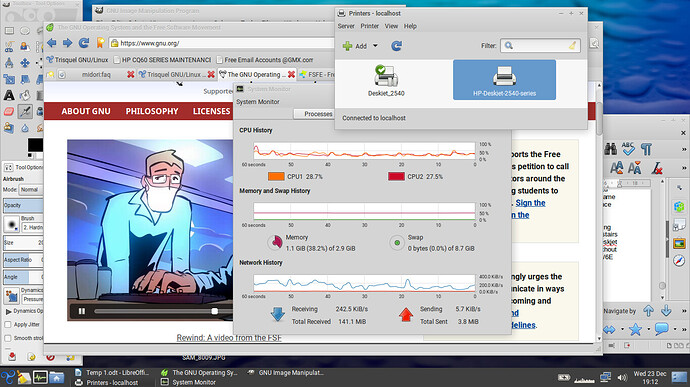 After temporarily installing Trisquel v9 on my Dell I plugged in my HP Deskjet printer and within two seconds a pop-up notification appeared saying that the printer was ready to use and would I like to print a test page - Wo…! Is Plug & Play still alive…? With Trisquel v9 it certainly is …. plug in any one of three phones, three cameras, three mice USB sticks, modems and external 1T drive; just get on using them without any hassle - pretty cool if you ask me.

However, I think we can agree on the impression that this “review” wasn’t exactly unbiased, especially if we consider that the statement “I would never use Trisquel […]” was solely based on the lack of support for his particular GPU.

Having tried Trisquel only shortly on a virtual machine, I can only say that setting screen resolutions wasn’t any issue at all.

You sure do have a chip - but have edited my post so that you do not get your knickers in a twist again. Remember what Akito asked of us…?
“Obviously, I request you both to not discuss this topic further due to widely known reasons.” so I will not respond further with facts, surveys or figures on 75+ in gender categories. (Or climate change denial)

Having tried Trisquel only shortly on a virtual machine, I can only say that setting screen resolutions wasn’t any issue at all.

Pretty obvious that @4dandl4 Daniel was clutching at straws

and demeaning. I too have no issues with Trisquel fully installed on two laptops from different manufactures with vastly different specifications. DistroWatch having no such issues either, wraps it up nicely.

Dear @abhishek would you please reconsider your post - thanks.

Dear All, As I am posting on various topics it is getting quite difficult to move forward or conclude anything when disinformation is being spread by some members and then to have the boss interject with more disinformation to compound and perpetuate the injustice is quite disconcerting. A 70 year old age pensioner with only one years Linux experience should not have to create this Topic as far more experienced members or staff should have recognised this as disinformation. I could be complete…


Edit: Most grateful that Abhishek has taken time out to explain his position - thanks. At present I am not sure what the correct take is; as that crazy old man Linus has now changed his position too… Arrrgh

@Mina…Running a VM would be totally different, this old Acer machine will not run
either VirtualBox or VMWare.

@Andy2…Should I apologize for my experience with Trisquel?

Hey Daniel - You and only you can decide this.

Abhishek demoted your “Review” to “My Experience” for obvious reasons.
A clear yet desperate attempt to rubbish Trisquel which now stands as a Monument to the Groupthink Fanboys - this is just fine with me. Only you know the real reasons for doing such - I do not have a problem with this - it would never enter my head to flag a post let alone a Topic.
Your main gripe being screen resolution and lack of drivers out of the box and how good Vista is

acknowledging that this has nothing specifically to do with Trisquel as it is a general linux problem. Pssst - I have got great news for you - Dell designed its monitors to work with Windows - Vista not linux. Well fancy that…!

Please don’t pay any attention to a coffin dodgin old fool like me with old even ancient kit according to our friend Akito.
I am most grateful to your good-self for jogging the old fool’s grey matter as it dawned on me while posting…

Dear All, As I am posting on various topics it is getting quite difficult to move forward or conclude anything when disinformation is being spread by some members and then to have the boss interject with more disinformation to compound and perpetuate the injustice is quite disconcerting. A 70 year old age pensioner with only one years Linux experience should not have to create this Topic as far more experienced members or staff should have recognised this as disinformation. I could be complete…

… that my monitor - instant recognition as splash screen is correctly displayed on ancient Samsung LED TFT monitor with NVIDIA graphics driver provided by even the mini-Trisquel v8; works faultlessly giving optimum resolution and acceleration via the Nouveau gnulinux driver.
My old brain then realized that the monitor was even older than the 20+ year old 3D CAD Station built by a colleague and friend. It came from an even older Pentium 2D CAD box of 1990ish vintage Win3.1 days - Wow 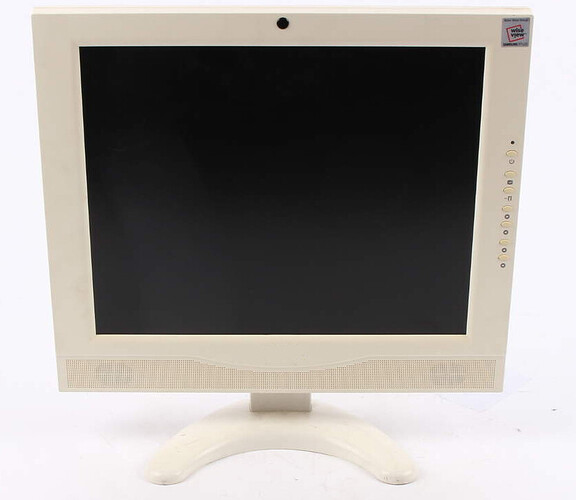 The sound via the monitor’s inbuilt stereo speakers is just as good as under WinXP-Pro. Cool or what…?

It is to the credit of this cash strapped small team at Trisquel that it not only recognised this disparate collection of components but optimised them to enable a FOSS World Record of Efficiency (and breathtaking speed too) for ANY FOSS distro.

All thanks to you 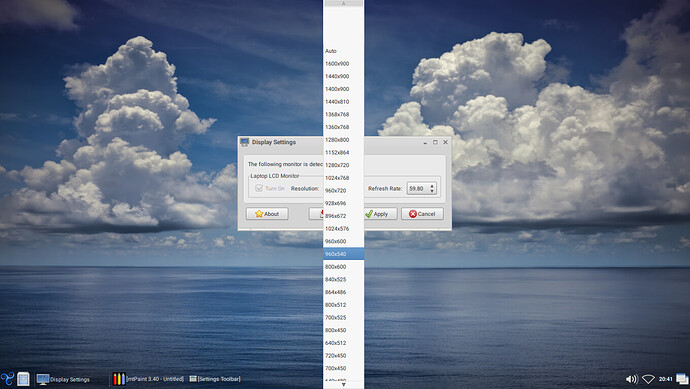 ps As @abhishek has corrected his position 3 times - thanks Abhishek for some clarity - but do we buy into this proclaimed ignorance of all things gnulinux - I do not. You can take politeness too far at times!