Is there anyone familiar with Ubuntu and Win 10 as they relate to boot up?

My situation: I’ve had Ubuntu as a dual boot with Windows 10. Ubuntu was established as the first to boot when we created the Ubuntu set up and Windows 10 was in 3rd position. 2nd position was something to do with, I guess, Ubuntu, but I never looked at it. The 4th position was for changing the boot order.

I foolishly decided I wanted Windows 10 first and Ubuntu 2nd. so my Daughter and I went into the #4 and found and used the features to to up arrow Windows 10 to 1st position. Upon a reboot, I no longer have any access to Ubuntu. Each reboot only boots Wind 10, that both a warm boot and a hard boot.

Can anyone advise which way to go on this or these methods listed below?

I have found these 2 methods to change boot order:

Or this from a different source that seems it might be easier:
2. How to change Boot order in Windows 10

How to change Boot order in Windows 10

Windows 10 Recovery System allows you to get into UEFI/BIOS settings from the OS & change your boot order. You can boot from HDD, SSD, USB or DVD Drive.

I’m really not confident to mess with the BIOS, so I don’t know which way to go. I just want to get my Ubuntu back. Little did I know Win 10 would do this to me.

In addition, since I have my email sync to the email in Ubuntu, the connection seems broken and I cannot just delete spam and trash emails using the tin can icon. I have to mark them all and then click on the delete button.

@RetiredGuy…Is Linux and Windows on the same drive?

Is there a F11 or F8 and sometimes F2 button, that will bring up a boot screen, with the names of the partitions or drives? Need to press one of these buttons just as the name of your computer comes up and when the numlock light comes on, on your keyboard. Is this on a Laptop or Desktop? You really need to get back into Ubuntu and follow my tutorial below, unless you already have done what I’m about to suggest?

Once you’re back inside Ubuntu open a Terminal and copy and paste one at a time
The first thing we are going to do is install grub2
sudo apt install grub2
Then in gedit or whatever the text editor is in Ubuntu? We are going to open your grub file up.
sudo name of text editor /etc/default/grub
Look at my photo below and copy everything that’s different in the photo to your grub file. 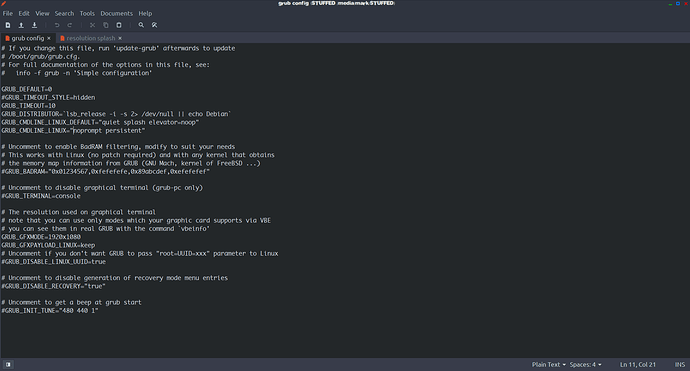 Save the file then back in Terminal type or copy and paste
sudo update-initramfs -u
then finally
sudo update-grub2
As we don’t know whether your Windows 10 is either on a separate hard drive or partition and hopefully both had been installed UEFI way?? Doing this will make Ubuntu at the top of your UEFI boot menu and list Windows second in Grub. Also Ubuntu’s splash screen will be replaced with the logo name of your computer, depending of course on whether it’s a laptop or desktop. Desktop will definitely just show the logo name of your computer and boot fast, Windblows even on a separate SSD is just as sluggish as always.

I’m not sure, but if you boot a live Linux USB drive and then run command ‘sudo update-grub’ at the terminal, this may re-establish the boot screen you had before.
If you are still are having a problem, flag me and I can give you about 10 lines of terminal commands that once worked for me to build the grub connection again. I did not place them here now b/c I don’t know if you would be comfortable with that many commands plus someone else may have an easier solution to you boot problem.

I think it’s necessary to chroot into the installed Linux to have update-grub working propetly. Am I wrong? 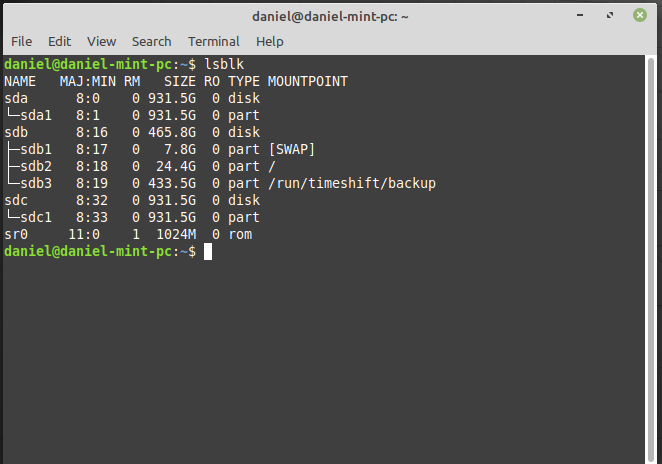 I ran into a problem like this once while dual booting with Windows XP
and all I had to was to boot with a gparted CD and reset the boot flag
on the / partition of Linux.

Another thought after you get this problem fix @RetiredGuy. Backup the boot / EFI partition just like you backup your system. Then if this happens again, all you need to do is a restore.

Yes, both on same drive which is C:\

Is this on a Laptop or Desktop?

Is this on a Laptop or Desktop? It’s on a Desktop.

I’ll try the 3 F keys and then when I get into Linux, I’ll follow your instructions.

So, just for my understanding, won’t either of the ones I posted in my question, especially the second one, get me back to putting Ubuntu on the top of the boot list by doing the same arrow up process?

I’m sorry, but I have no experience in your 2 options.

The only advice I can offer is have a backup. If you try something and makes it worse, you can get back to where you were by doing a restore. Trying an unknown procedure is how I learn sometimes. But I do make mistakes. That’s when I use my backup and restore things.

@RetiredGuy… If both linux and windows are on the same drive, then you need to boot your pc with
either a live cd or a live usb drive, and use gparted to make sure your linux / root partition is flagged
to boot. If the Windows partition is flagged then you will only boot into Windows.You cannot fix this
from Windows.
https://www.supergrubdisk.org/rescatux/ I have also used this little program to locate and boot the
linux image boot file. You have to download and burn a cd and boot the pc with the cd, have not tried
to use a usb drive with this program.
The only other way is to use a linux live media and chroot into your linux install and reinstall grub.
Or reinstall Ubuntu 18.04.

I’m waiting to here back from my daughter who has helped in the past and who loaded Ubuntu on my PC.

Depending on what she thinks, I’m leaning toward just reinstalling Ubuntu. It only took about a half hour total and worked perfectly. I’m still really afraid of messing with the Bios to fix my screwup.

I think a reinstall is the best bet as I’m really unsure about messing with the bios.

What is your suggestion: just reinstall over what is already on the hard disk, or
delete all of Ubuntu and then do a fresh install from scratch?

I’ve been looking for the location of the Linux, Ubuntu files and I can not find them anywhere. I wonder if Windows 10 deleted them when I changed the boot order from Ubuntu to Windows 10?

You are not the first one to do something to windows and confuse grub by changing your boot configuration. To restore things the way they were boot your system with a live linix distro and connect to your network. Type boot repair into your program search. If it doesn’t come up search the internet for Yannubuntu Boot Repair. Print the directions for how to install it. You will have to type a couple of commands at the terminal prompt. Having installed it run Boot Repair to repair your grub. Close down your computer, remove the disk, and reboot as normal. You should see grub listing linix first. Hint for the future: if it a’int broke, don’t fix it.

F2 and F8 have no effect at all. F11 makes the screen “vibrate” but does not change to some other screen.
This may be confirmation that when I changed the boot order to Windows 10 up first, it deleted all of the Ubuntu files. As I mentioned in another reply in this question, I’ve looked on both my hard disks, C:\ and E:\ and there is nothing there on either to show for Ubuntu nor Linux.

Luckily I have the original download of the Ubuntu which my daughter used to set up my Ubuntu originally so when I can get her back over here we will just do it again.

@RetiredGuy…Can you post a screenshot of your W10 Disk Management ? I doubt if anything
has been deleted.