I was not aware of LED EYE STRAIN before. I don’t know what could be done about it, but there is an article the right people should read: Eyestrain when switching from Windows to Linux - LEDStrain Forum

Eye strain has been common for years, even long periods on the old CRT Monitors, if you never have them setup properly. These days we have dark mode themes, which help a great deal with eye strain. Xubuntu only offers as does a lot of XFCE Distros these days, Adwaita-dark, which is alright, but I’d rather have a theme that the user wants. If you’re going for a light theme, then turn the brightness down on your monitor, so that when looking at web pages with bright white, it won’t be so blinding. With font strain, it’s usually a combination of not having the font big enough for your eye sight, or again turn the brightness, plus the contrast down on your monitor.

Always a rule of thumb I stick to when using monitors, or watching TV is to set my viewing to how I see my surroundings through my eyes. The amount of times I’ve had to adjust colour, contrast, brightness, gamma to not to be blinded, causing red eyes when using a brand new monitor? Don’t sit for hours in front of your monitor, take breaks in between, get up and move around a bit. Your eyes and body will thank you. The same on Laptops, as people nowadays treat Laptops as mobiles, get up and do something else for a bit. You can turn the brightness down on them too. Also get an eye test as soon as.

Used to work for a European company called 24/Self Video, which was competing with the likes of Blockbuster video and the library. Open 24 hours a day, fully automated shop with a swipe card system to get into the shop at night. We had an adjoining Internet Cafe too. My eye sight started going bad and I blame being in front of those monitors for twelve hours a day. Fridays was our busiest day, as new DVD’s got delivered. My job was to write as much detail as I could off of the original DVD box without going over eight lines, so that it would fit nicely in one smooth cool looking paragraph, on the six inch screen, that customers chose their rentals from. I got eye strain galore, even now my left eye is red and I have only been on this computer for Thirty Nine Minutes.

Using dark mode, changing fonts or colors doesn’t help if the problem is pulsation of backlight or LCD itself. On my old laptop Asus X55VD I could use Windows for hours, but when I tried different Linux distros, I got eyestrain within a few minutes. The same happens with my new Dell Inspiron 3593, although Linux was installed by factory so it should work properly.
Laptop’s display gets PWM dimming signal which comes from GPU. So if the display uses pulsating light instead of actually dimming it and PWM frequency is set too low, it can cause eyestrain for many people. Sometimes setting backlight to maximum and dimming with LCD doesn’t help, because often it’s not on 100% time.
Another issue, more complicated, is how the displayed picture is prepared - it can also cause eyestrain if it pulses or if there’s dithering. It requires checking the whole graphics stack.

What’s your take on Redshift?

f.lux on Windows does a pretty job imo., but is Redshift just as good on Linux?

Btw, a warm welcome to you Sebastian!

What’s your take on Redshift?

Have never used it myself, but there are blue light filter glasses now available. Apparently it is to do with blue light from mobile phones and computer monitors, laptop screens, gaming screens, etc.

People are swearing by them, as blue light over time can damage the retina, causing premature ageing. These glasses stop a lot of the blue light getting to the eye. I will have to get a couple of pairs and review them. If you already wear glasses, you can get a pair of these to fit over your normal glasses.
The above website is using white too, it totally blinded me, like going from a dark room straight into sunlight. Wish websites would darken their background slightly.

Nvidia drivers here in Linux has dithering set to zero which is enabled. Dithering is also a key part in eye strain. If you switch off dithering in Nvidia Settings, save the settings file as .rc file to your hidden part of your home folder. Next open your home folder push Ctrl+H on your keyboard, find the file you just saved. Open it in your favourite text editor and find every line with the word dithering=0 change the zero to a 2 on every line. Save the file once you have set all the dithering to 2, which switches it off.
Next set it up to start at boot, all you have to do is open startup applications and browse to the Nvidia-Settings.rc file, push Ctrl+H when your home folder pops up after pushing browse, to reveal hidden files.
Set it to activate on login. Whether or not you’ll notice any difference? I don’t know.

How To Filter Blue Light On Linux With Redshift

How To Filter Blue Light On Linux With Redshift

I’ve just this moment switched it on here in Linux Mint XFCE, already installed out of the box. It read the clock and changed colour instantly. Picture looks better than normal, on my 1440p display. I forgot all about redshift, never used it before now. Thank you Danielson. You were not in Karate Kid were you?

I don’t have Nvidia in the new laptop, there’s Intel HD Graphics. Problem occurs also during the day, so it’s not about Redshift. Ubuntu itself has such a feature, it sets warmer colors at night, but it doesn’t help too.

I’m not sure at all, just thinking…
Today most of the IPS panels are 6 bit. The dithering to achieve 8 bit depth (FRC) is done by hardware, built into the panel controller circuit. Even the graphics card can’t do anything about it.
HDR panels use the same logic, they are natively 8 bit wide, and FRC is used to achieve 10 bits depth.
Maybe the strain is caused by FRC?
Then there’s the option to use colors on the desktop, as much as possible, of which RGB levels are divideable by 4, thus are native to the 6 bit panel. Maybe Windows tries to use such colors only?

Today most of the IPS panels are 6 bit. The dithering to achieve 8 bit depth (FRC) is done by hardware, built into the panel controller circuit. Even the graphics card can’t do anything about it.

If that’s the case, then manufacturers of LCD screens had better come up with a way of reducing eye strain. Like I said before, eye strain has been around for years CRT (Cathode Ray Tube) days if you did not have it setup properly, plus we seem to spend more and more time in front of screens these days and risking premature ageing where our eyesight is concerned. Never had this problem with the old TV’s hooked up to my Acorn Electron, used as a word processor. Acorn Electron was the daughter of the BBC Micro computer. Never griped, always done what we asked it to do. A great cheap home computer. Technology with screens has come along way, but blue light rays coming out of them and causing eye strain is a pain. Excuse the pun. I really have no definite answer, apart from maybe get your eyes tested, or buy some blue filtered glasses, gamers are swearing by them. Also I said before take regular breaks in between, watching that YouTube Video, or coding, etc

Some of my mates used to call me Daniel-san… a la Mr Miyagi… I’m the same age as Ralph Macchio - which means next year the “Karate Kid” will be 60 :D. ** 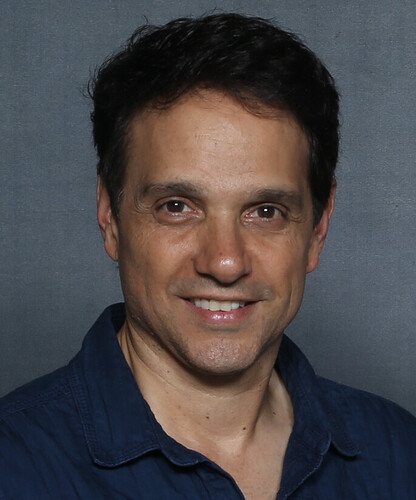 Everywhere I can I run dark mode, Outlook web access, Microsoft Teams (on Linux) and I’ve got a few Chrome plugins that do dark mode (e.g. on WikiPedia) - and all my Google apps are in dark mode (and I use Mojave-dark theme on Ubuntu) - all my terminals sessions are white/cyan text on black (also run MobaXterm in full dark mode when I have to do UNIX admin tasks via Windows jumphosts)…

Handsome fellow i must say!

Dark mode i like a lot, but not sure i could set everything to dark.
f.lux probably has most options (Windows) to satisfy anybodies needs.
But, do suppose i’d have to give dark mode a try again on Linux 'n see (still mostly using Win$ but latest magical June 24th announcement might change that once and for all).

I have RedShift on Kubuntu that Ive used for a few years. At certain times in the morning I can see the change.

Karate kid was Daniel. He appears to be Daniel’s son, so Karate baby.

One obvious variable is how good your eyesight is in the first place. There has to be some interplay between vision defects and monitor behavior.

Karate kid was Daniel. He appears to be Daniel’s son, so Karate baby.

One obvious variable is how good your eyesight is in the first place.

Exactly what I was thinking, written somewhere above, in one of my very long paragraphs. Something like get your eyes tested.